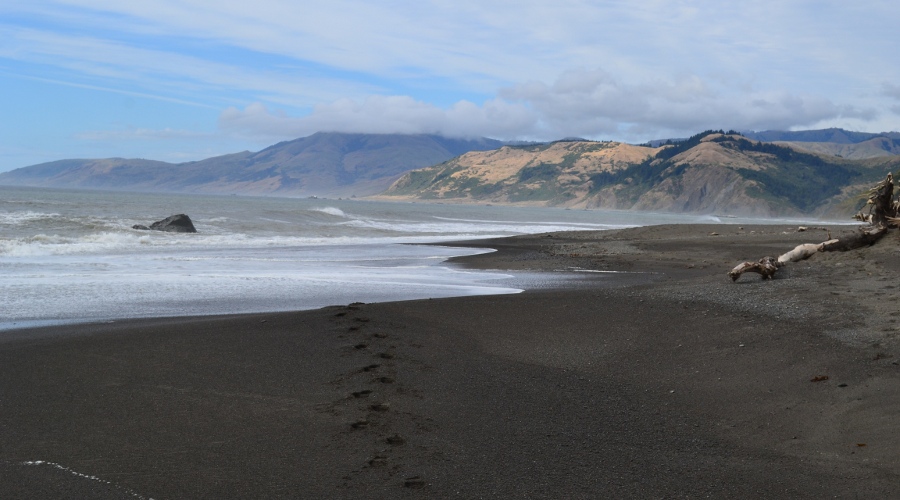 The Lost Coast of California is 80 miles of the most remote ocean front coast in the United States.  A four-ish hour drive up the 101 from San Francisco followed by a 45 minute westward dive down winding mountain roads leads you to Shelter Cover, CA – the southern trailhead for this journey.

California’s Highway 1 snakes up the Pacific coast until it hits the King Mountain Range.  The construction workers decided that the rest of the coast was impassable and gave up trying to forge a path through the mountains.  The “Lost Coast” is this remaining track of unspoiled wilderness area.

In the last few days of June 2012 I flew from Austin to San Jose and headed north to give it a go.  It was an amazing hike.

The Lost Coast Trail is 2/3rds beach and gravel hiking along with a third of actual “trail” that occasionally heads up on flats overlooking the beach.  Even though there isn’t much in the way of trail markers its impossible to get lost: if you’re walking south keep the ocean on your right.  Not too hard.

My hike was 3 days and 2 nights.  I started late on day 1 and only put about 4 miles in before setting up camp in a very cool spot just South of the lighthouse.  Day 2 was 13 miles in rain.  Lots and lots of rain.  It was never hard, but it rained from 9am to 3pm steadily.  This area gets almost 120 inches of rain a year so I don’t think that was too unusual a day, even in the summer.  Weather forecasts change quickly so bring some type of rain gear.  Day 3 was a half day hike of the remaining miles back to Shelter Cove.

Even though the route is only 25-ish miles long I couldn’t have done it a whole lot faster than the 3 days / 2 nights that I spent on the coast.  There are several sections of the trail that hug right against the ocean and become impassable at high tide.

Maps of the area will mark three sections of the trail that are impassable at high tide.  The first one is right by the Punta Gorda Lighthouse and I don’t think its one you need to be concerned with.  It might be the case that you can’t walk along the beach, but this area has a trail that heads up onto a flat that will allow you to pass.  The other two marked stretches are 4 and 4.5 miles of beach hiking that will at times come to very narrow points along the beach.  The mountains are right up against the beach here and will indeed block your progress until low tide.

Being someone that has only lived in landlocked places, tides were a whole new thing for me. I knew they existed and could even tell you why they happen (you can’t explain that!), but had never given thought to them.  Get a tide table from a BLM office or look it up online.  I like this one quite a bit because it offers a visual of the tide levels.  That specific one will be out of date when you are looking, so just Google for it.

I parked my rental car at the southern tail head (Black Sands Beach in Shelter Cove) and caught a shuttle up to the Mattole trail head.  I rode with Lost Coast Shuttle and give them a huge, glowing recommendation.  I contacted them by email a couple weeks out and asked to be worked into another group since I was solo.  They worked it out wonderfully and Jill (my shuttle-er) picked us up with maps, permits, etc in hand for us.  Really great folks.

If you have two cars and want to shuttle yourself do be aware that even though its only 25 miles by beach its a much longer trip through the mountain roads.  Our ride took right around two hours.

So you spend two thirds of your time in sand and loose gravel.  Really obvious when you know you are walking on a beach right?  It never occurred to me that this might impact my speed.  I spent the first 20 minutes staring at my feet convinced I was doing something wrong.  Try as I might I couldn’t find a way for my boots not to sink into the sand with every step.  This is what happens when landlocked folks go to the beach.

Even though the trail is flat miles will come a bit harder than you expect.

The first two start from an overlook at the Black Sand Beach trail head where I met my shuttle.  Then the trek begins from Mattole, to the Punta Gorda Lighthouse and just beyond where I made camp the first night.  Clouds for the next day’s rain were gathering by sunset.

Day two saw a few pics of seals and the wonderfully foot friendly flats that the middle part of the trail brings.

Day three begins with a welcome burst of sunlight peaking through the peaks behind Big Flat where I set camped on night two.

I didn’t get nearly as many pictures as I had hoped.  The rain during day two meant that my camera stayed safely stuffed in my pack.  After loosing a camera last season to an unfortunate tumble into a Colorado lake I wasn’t taking any chances.

Click on an image for a larger version / modal window slide show. 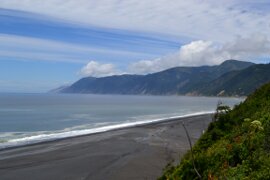 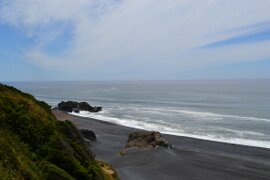 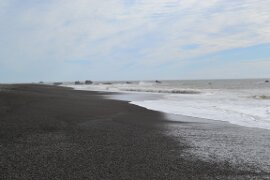 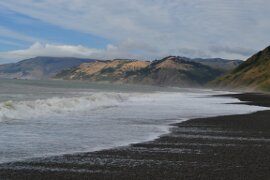 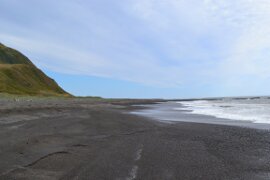 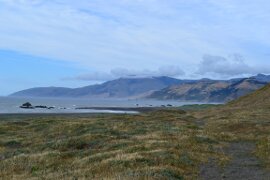 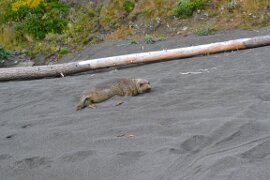 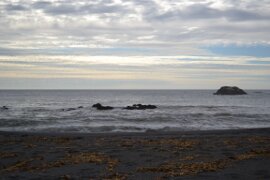 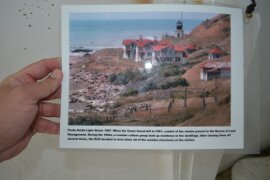 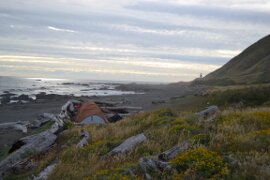 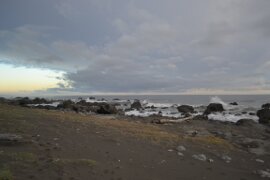 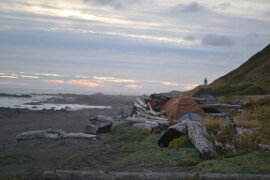 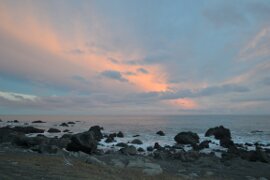 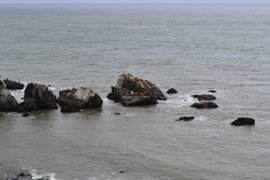 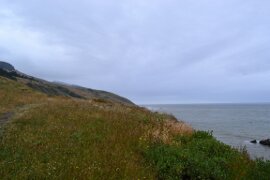 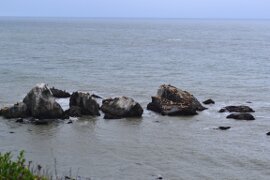 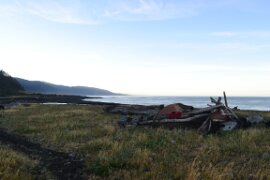 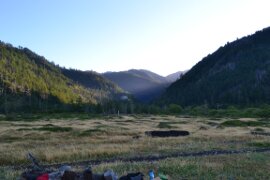 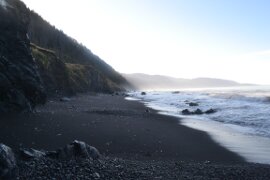 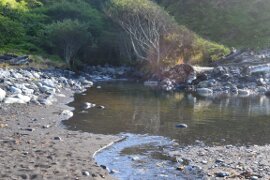 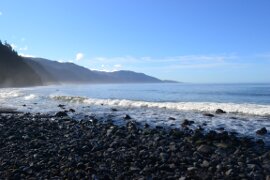 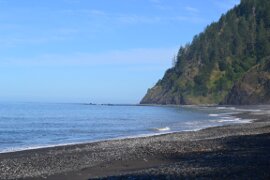 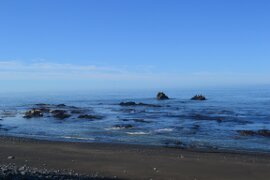 Posted in The Great Outdoors

4 comments on “The Lost Coast Trail”

This site uses Akismet to reduce spam. Learn how your comment data is processed.